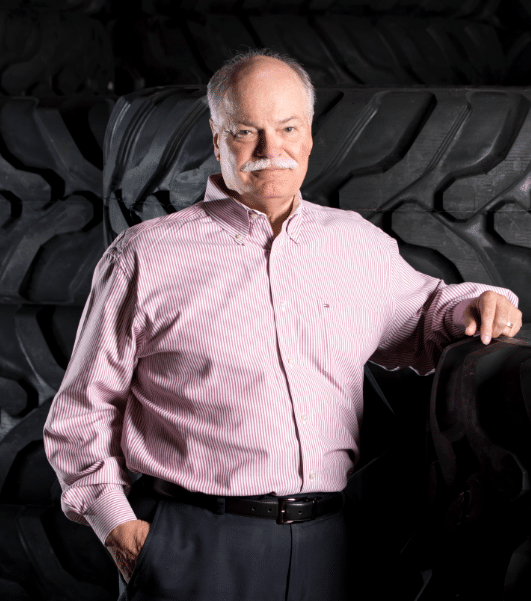 “We are pleased to have Howard join our team, stated George Pehanick, East Bay Tire CEO. His long tenure in the industry and well-seasoned instincts for growth will be an asset in achieving the goals currently set for EBT.”

Christman started his career changing tires at Goodyear Rubber Company in 1968—right out of high school. He took advantage of Goodyear’s flexible scheduling and remained with the tire manufacturer through college, fitting in shifts between his studies. After completing his education, Goodyear extended him a full-time position in their Casper, Wyoming facility where he was later promoted and held a commercial sales position. In 1972, Christman’s role and responsibility expanded to ASM/TSM factory rep for the Wyoming and South Dakota territories, and would later move him to Denver, Colorado to take a training position to become a truck center manager.

Christman was on a fast track through the Goodyear Company and was offered several opportunities that would continue to move him across the country. These included a move to Portland, Oregon where he became the assistant manager at a Goodyear commercial tire service center and OTR retread plant; a move to Stockton, California in 1984 to open a new truck center; and finally a move to Los Angeles to become a regional manager for all of Goodyear’s truck centers in their western region. It was his time in Stockton where he met George Pehanick, current East Bay Tire CEO, and started a business relationship that would later inspire a position for Christman in EBT’s operation. After a period of time managing Goodyear’s truck centers, Christman transferred to Akron, Ohio from Los Angeles to head the company’s national marketing strategy for commercial tire and service centers (CTSC) and later became manager of all CTSC and commercial dealer sales nation-wide.

In 1999, Goodyear, Brad Ragan, Inc, and Treadco—a small Arkansas tire company, joined together to form Wingfoot LLC located in Fort Smith, Arkansas. Christman joined the tire distributor and retreader start up as vice president of the Eastern U.S. Commercial Division. From this position he was promoted to lead the LLC’s sales and operations functions for the entire U.S.

Back to California and on to East Bay Tire

Christman’s love of working in the field and time on the west coast sparked his transition from Wingfoot LLC back to California and to Goodyear to again lead the tire manufacturer’s western commercial dealer operation and truck centers. Christman concluded his working relationship with Goodyear in 2006 after 38 years. At 66, he then joined TCi Michelin and retired as west zone director of commercial business for TCi.

After decades of airplane travel, hotels and restaurants, Christman wanted to slow down and focus on what he enjoys most about the tire business—the people. He appreciates the diversity of the people he works with and the ability to learn and experience how dealers do business. In turn, Christman enjoys mentoring younger, inexperienced colleagues to help foster their potential in the tire business.

“I am looking forward to applying my skills to the expansion programs with East Bay Tire, primarily focusing on areas to improve efficiency and productivity,” Christman remarked. My experience acquiring and improving facilities will aid in the success of EBT’s current growth strategies,” he concluded.